It might not snow in Laguna Beach, California but that doesn’t stop people from decorating palm trees in a gold coast winter wonderland. This might be the only Christmas celebration on this list where you can stand outside admiring the lights while in shorts and flipflops.

The holidays are a time of peace and thanksgiving which is why the lighting of the Christmas Tree at the people’s house has been a White House tradition since the first Christmas at The White House. The Christmas tree is actually the property of The National Parks Service and it has been dubbed The National Christmas Tree. Every Christmas Eve at 5 pm the President and First Lady of The United States give a speech to the American people and light the tree welcoming in the holiday season.

A just as iconic celebration for the American people is the traditional lighting of the Christmas Tree at New York City’s 30 Rockefeller Plaza. This Christmas tree sees a pretty early debut each year on November 30th as a worldwide symbol that the holiday season has arrived.

The Christmas tree itself in Trafalgar Square is actually a great symbol of the giving season. The tree is an annual gift from the Norwegians to the British and each year the Mayor of Oslo, Norway, the Mayor of Westminster, and the British ambassador to Norway, all come together for a very special tree lighting ceremony. This tradition began during WWII when German troops besieged Norway and in 1940 the neutral country was forced to surrender to the Nazis, the royal family, government officials, and many people from Norway were given refuge in London. Since then the Norwegian people remember the kindness and hospitality of the people of The United Kingdom even in the darkest of times, by lighting the Christmas Tree together.

Saint Basil’s Cathedral is one of the most recognizable landmarks in the entire world with its signature colorful rooftop visible from almost anywhere in Moscow, Russia’s skyline. Christmas in Russia is celebrated on January 7th, as the Russian Orthodox Church celebrates its Christmas, in accordance with the old Julian calendar. The Christmas tree built in front ofSaint Basil’s Cathedral each year is always just as beautiful and colorful as it’s surroundings.

Christmas is still widely celebrated across Taiwan even though it is not recognized as a state holiday. The city center of Taipei, Taiwan gets a winter wonderland make-over each holiday season with multiple Christmas night markets filled with famous Taiwanese street food eats and treats.

The elegance of Milan during the holiday season is understated and grand all at the same time. Beautiful century old cathedrals serve as a breathtaking backdrop to the sky-high Christmas trees that light up the night. The Christmas tree at The Piazza del Duomo is one of the most iconic sites during the Christmas season in all of Italy.

There are few places as cozy and festive as a Christmas market in Stockholm, Sweden during the holiday season. Christmas markets by the waterfront and a giant 5 story Christmas tree to light up the night as shoppers enjoy glögg and gingerbread are all traditional Scandinavian Christmas staples. 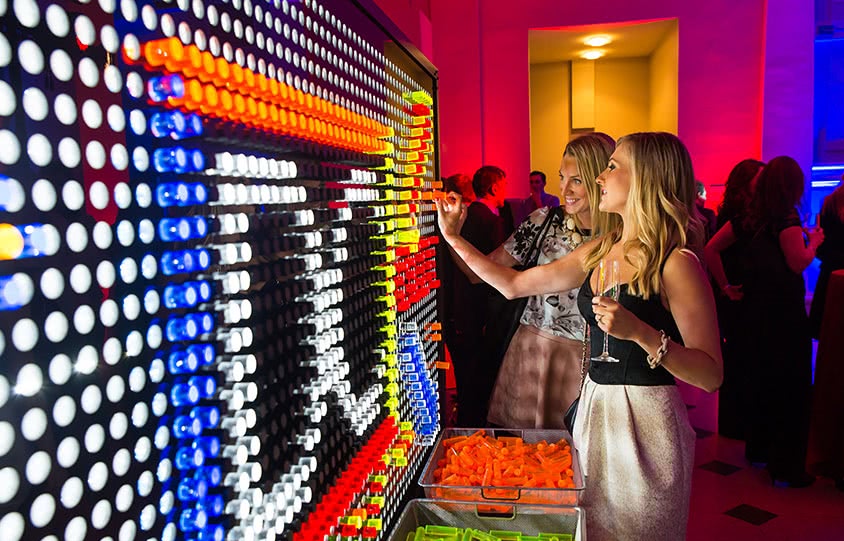 Interactive Decor and The Future of Engaging Events

A new category of rentals that are both activities and design pieces. How to implement multipurpose entertainment at a corporate event or brand activation.

Howdy, partner. Welcome to the wild west. You’re about to enter a land of horse-ridin’, gun-totin’, dust-blowin’ fun. This is a theme with some seriously broad range.