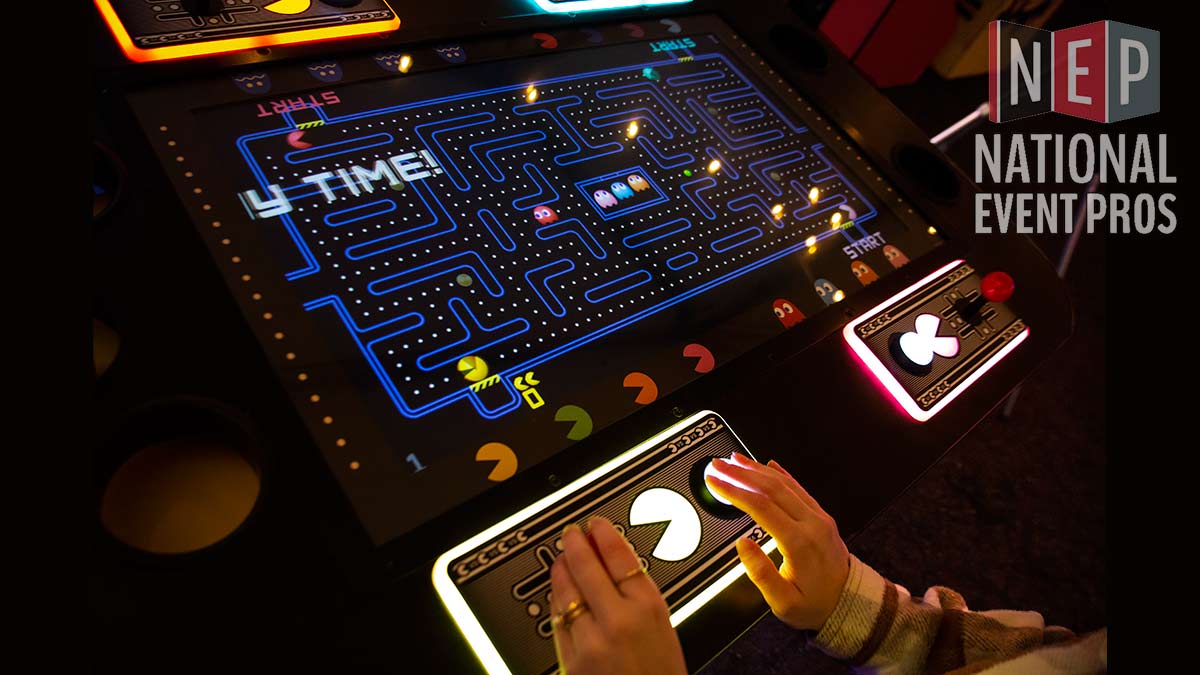 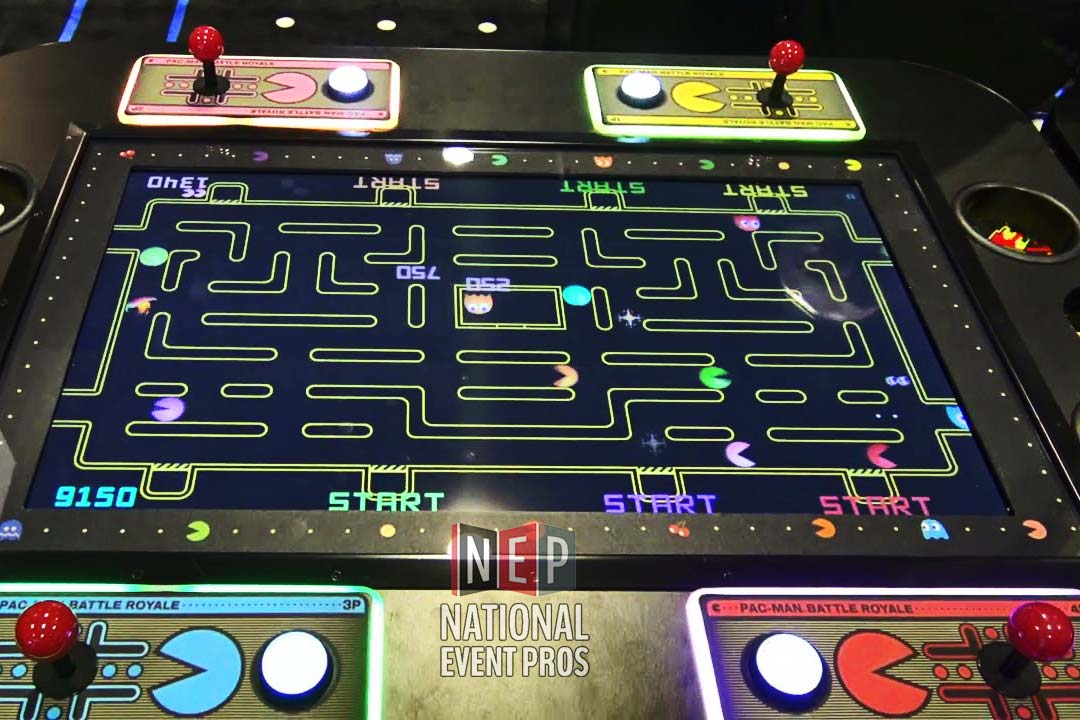 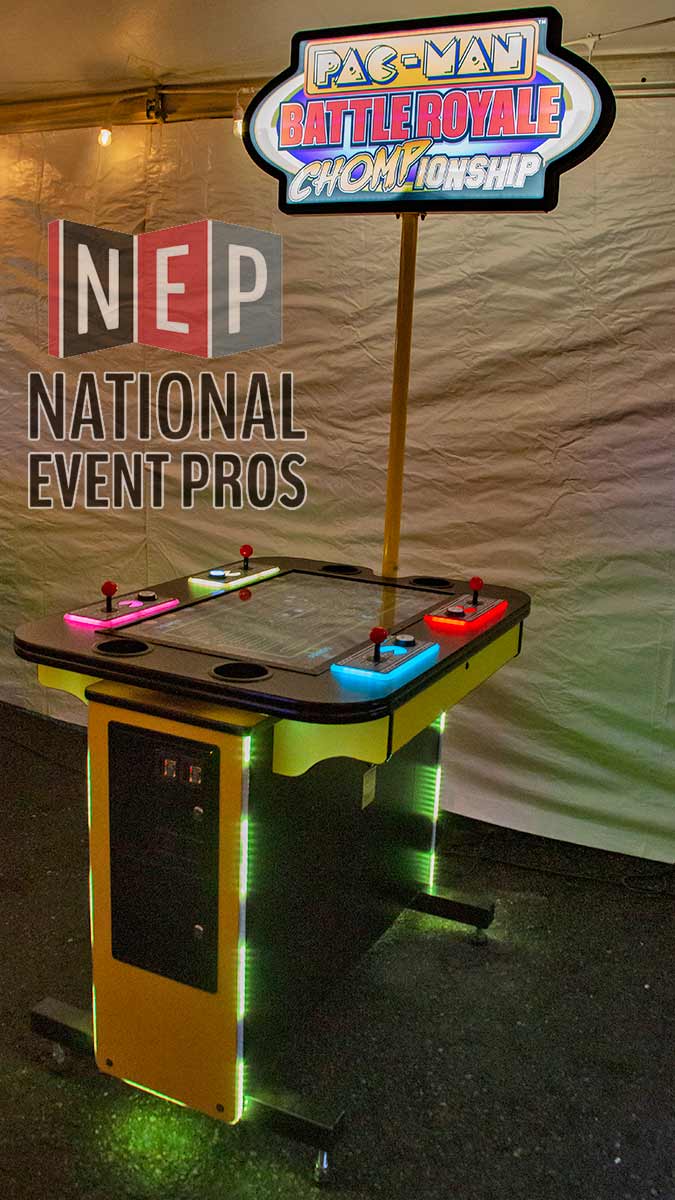 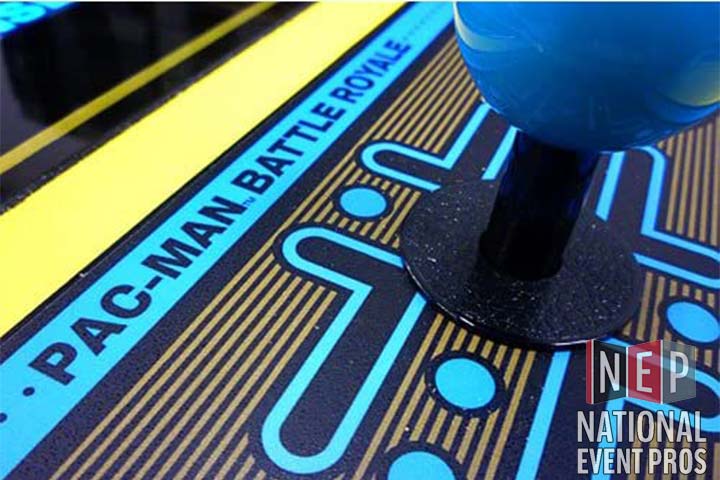 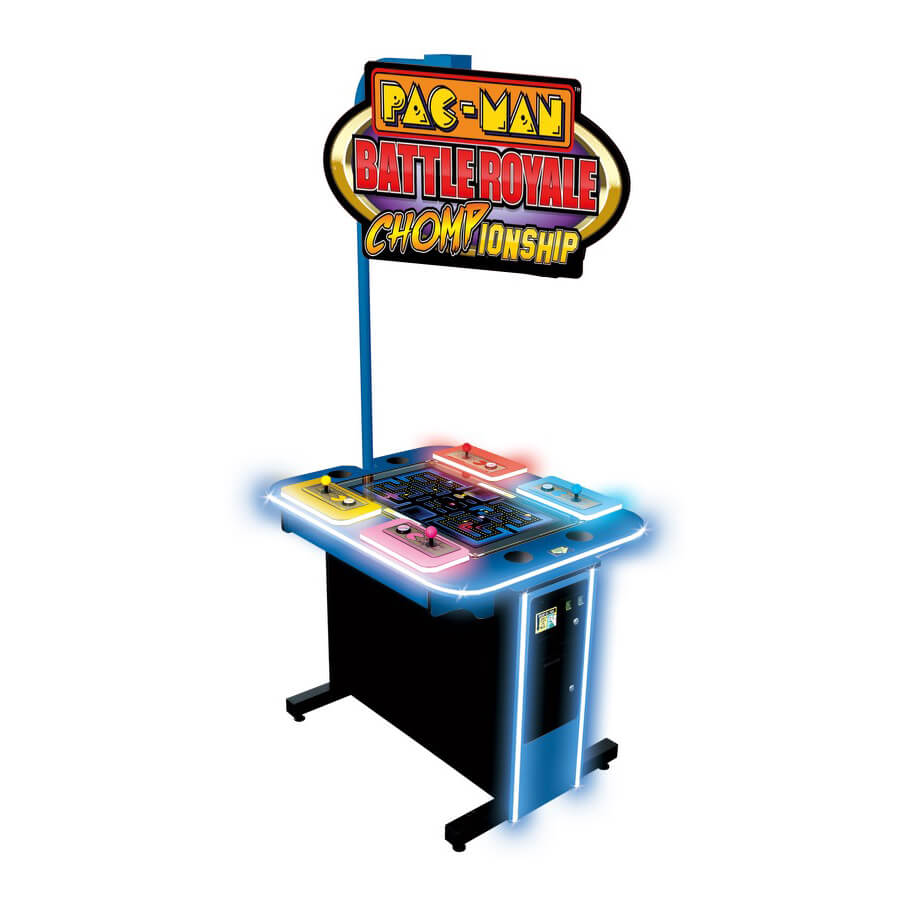 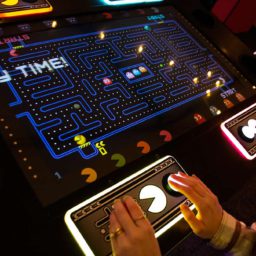 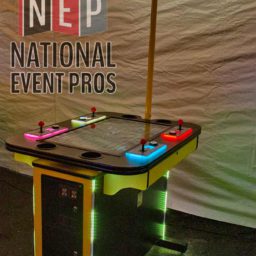 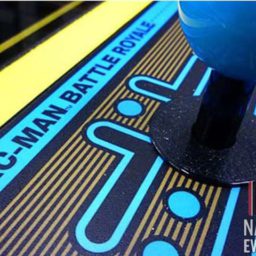 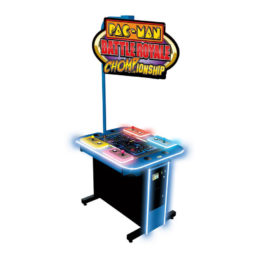 Pac-Man Battle Royale CHOMPionship is the sequel to the very popular Pac-Man Battle Royale game is the first four player competitive Pac-Man arcade game every made! The original Pac-Man game concept has been given a wild and carnivorous game twist – Eliminate your opponents by eating them, and the last player standing wins the round!

When players eat a power pellet, they power-up by doubling in size and increasing in speed. Once powered up, they are now able to eat non powered blue players and ghosts. Players of the same size simply bounce off each other. Players can also be eliminated by running into ghosts if there aren’t any powered up players. Eating a piece of fruit or all of the pellets resets the maze with a fresh new set of power pellets. At the end of the game, statistics are displayed for each players such as “Won Most Rounds” and “Ate Most Pac-Man” – This awesome new game is simple, competitive, and highly addictive!

Check out all of our Arcade and Carnival games to fill out your Gaming or corporate event!