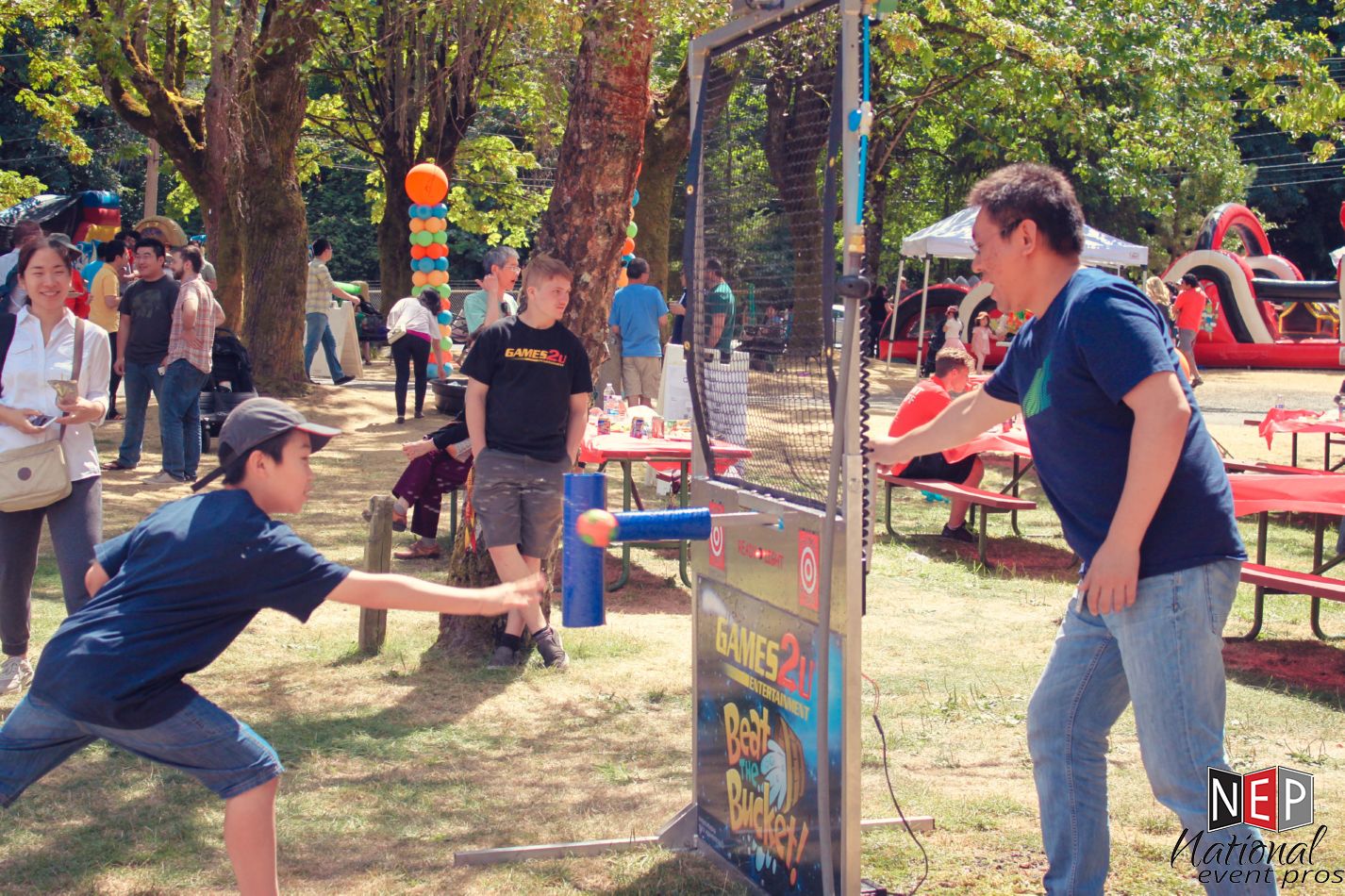 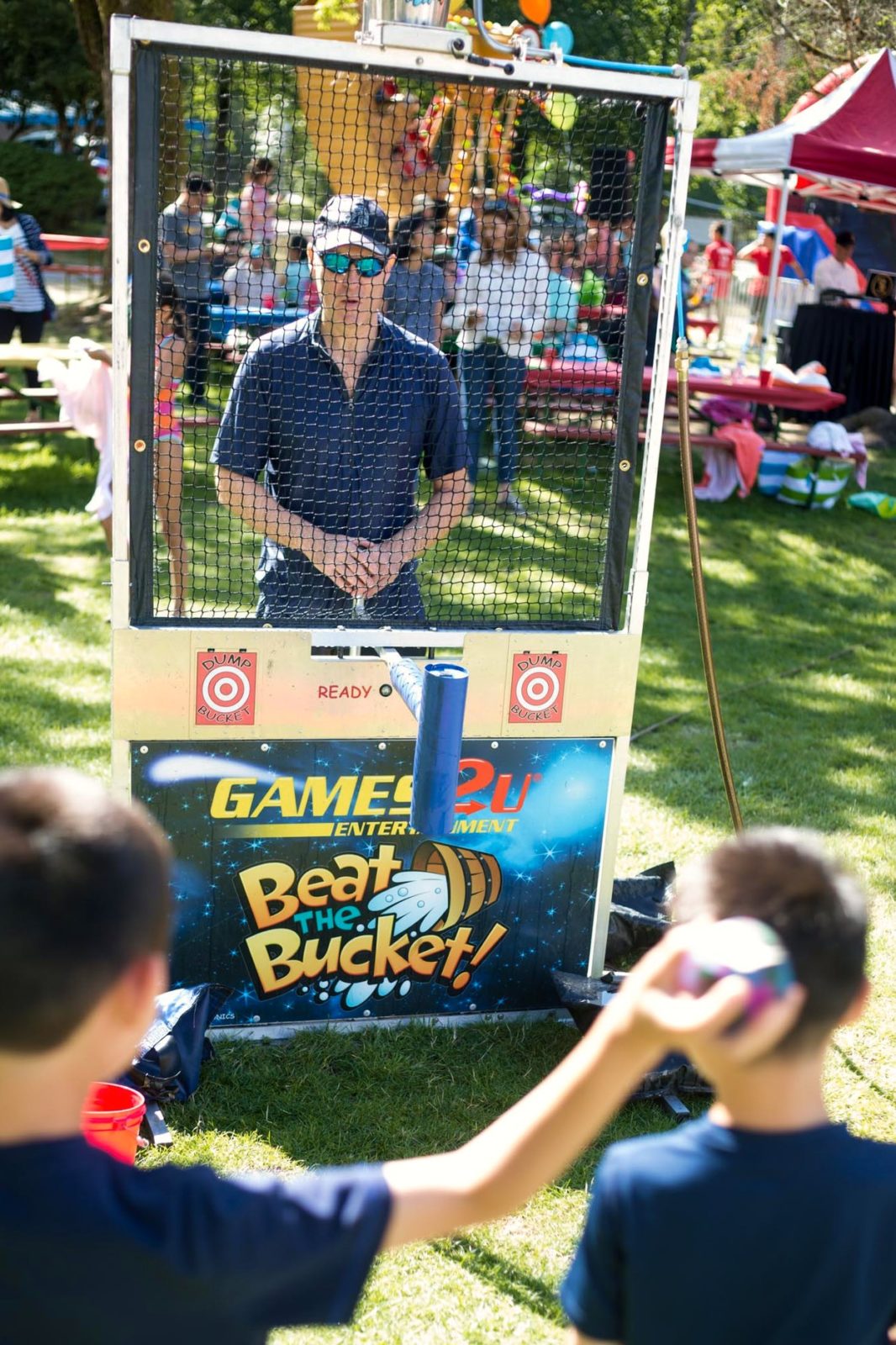 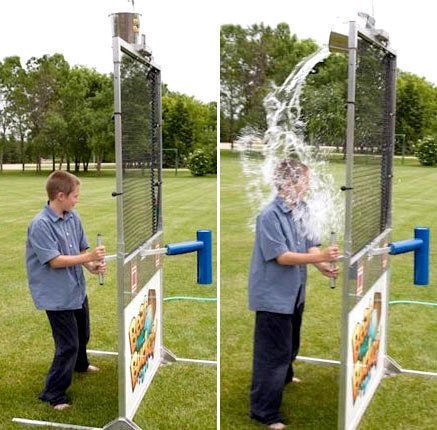 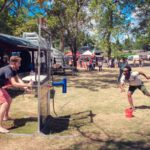 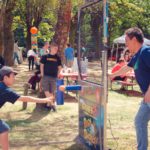 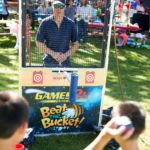 Beat The Bucket is the world’s first “Dunkee Defendable” dunk tank. The only game allowing a player the opportunity to control their fate; provided they have the reaction time and skill to do so. A single player stands behind the station and with the aid of a blocking arm, can defend the two targets from being hit. A second player throws waterlogged balls (or Juggle Balls, Tennis Balls, Nerf Balls, Wiffle Balls) while trying to hit the 2 targets. If the player using the blocker can act quickly enough, they can stop the ball from hitting the target. However, should the ball happen to strike a target, a cool, refreshing bucket of water is dumped from above. The bucket then automatically resets and fills with water, ready for the next defender.