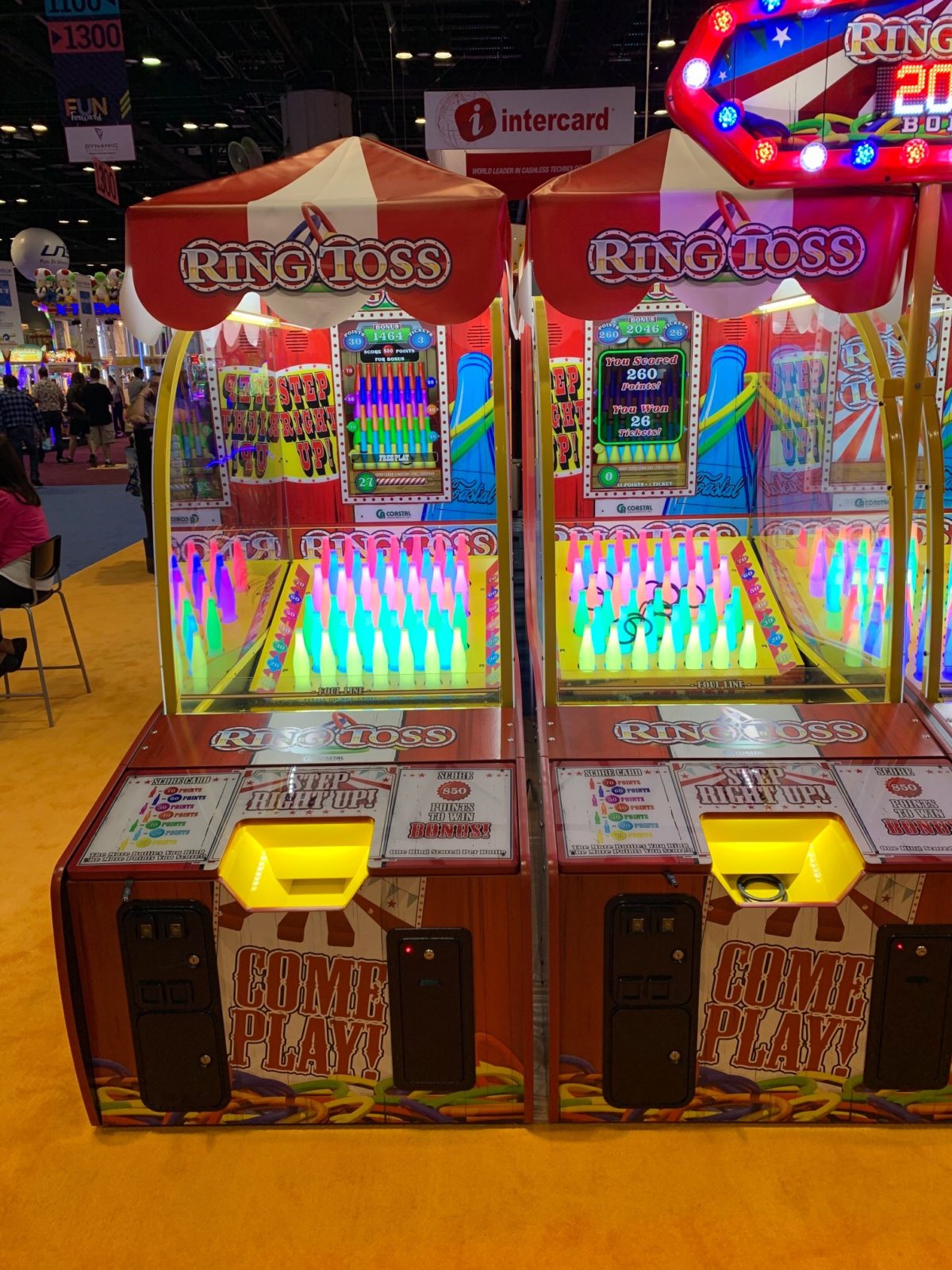 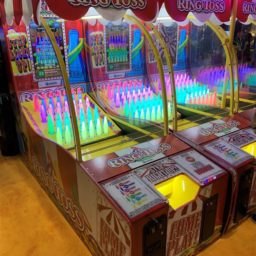 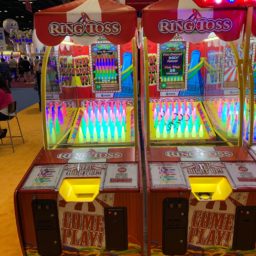 The game of ring toss like the beloved game of bowling has been around for as long as there has been a need for entertainment it seems. Ring toss has gone by many names throughout history and some of the earliest origins can be found throughout Ancient Greece, although there have been many other cultures from around the world which had their own versions on the game.

The game is a classic as it’s easy to play and perfect for all ages. The game of ring toss made its appearance into the American carnival scene eventually after being known as a popular pub game throughout Europe.

Now the joy of the carnival meets with the nostalgia of the classic arcade to create a one of a kind ring toss arcade game experience. Our LED Ringtoss arcade game is the perfect juxtaposition of old and new with all the same charm of a classic ringtoss booth at a carnival but now with LED lights, sound effects, and of course no mess when you miss a shot.

This is a great stand-alone attraction or a great addition to the rest of our classic and LED arcade game rentals. Build your own LED gaming lounge at your next event equipt with games, attractions, entertainment, and much more.